Artists have been drawn to Silvermine since 1908, when visionary sculptor Solon Borglum established it as a place for artists to gather. His brother, Gutzon, of Mt. Rushmore fame, also lived in the area for a number of years. Works of Solon Borglum can be found in the permanent collection at the New Britain Museum of American Art, at St. Mark's Church in New York City, and at the Silvermine Arts Center. Founded in 1922 as the Silvermine Guild of Artists, the artists formally incorporated in 1924, and established the Silvermine School of Art.

Luminaries such as Milton Avery, Helen Frankenthaler, and Jacques Lipchitz exhibited here. Merce Cunningham and Alvin Ailey taught dance in our school. The New York Philharmonic performed on our grounds.

Located in New Canaan, CT in the historic Silvermine area (which incorporates parts of three towns – New Canaan, Wilton and Norwalk), the Silvermine Arts Center represents many things to many people. To the dedicated professional artist, it is a prestigious place to exhibit – a widely hailed showcase for talent from all over New England and beyond. For the budding artists of tomorrow, it is a source of excellent instruction in a variety of media. And to the community at – large, the arts center offers an ongoing cultural and educational experience – an exposure to what is happening in the world of contemporary art. 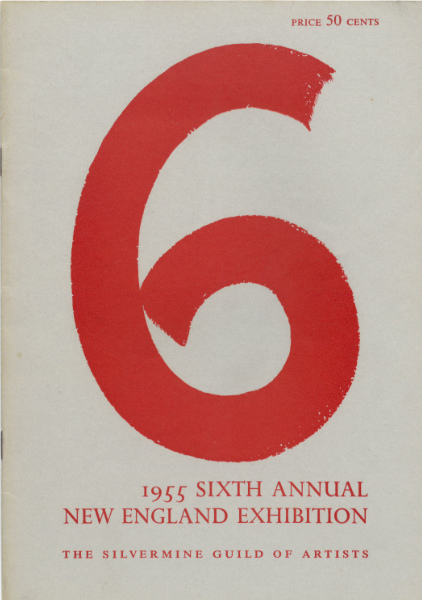 It all began in the early 1900's when the pioneer sculptor Solon Borglum, who was to become the founding father of the Silvermine Guild, began to visit the area. Other artists followed Borglum and began settling in the Silvermine area, establishing a colony of artists who were lured by the picturesque countryside. Borglum and his artist friends used to meet on Sundays in Borglum's barn to socialize, exchange ideas, and critique or "knock" each other's work—a gathering that became known as the Knockers Club.

From 1908 – 1922 annual exhibitions were held in Solon Borglum's barn. By 1920, the Silvermine Group exhibitions were attracting hundreds of viewers who came out from New York and the surrounding countryside. After Borglum's sudden death in 1922, the group of artists realized that they needed to organize themselves to hold onto the community they had developed. They began to plan for their future as the Silvermine Guild of Artists. In 1924, the group formally incorporated as the Silvermine Guild of Artists, Inc., a non-profit educational organization with a mission "to foster art appreciation, education, and the cultural growth of the community." They purchased a barn and moved it to its present location on Silvermine Road, and started the Silvermine School of Art. 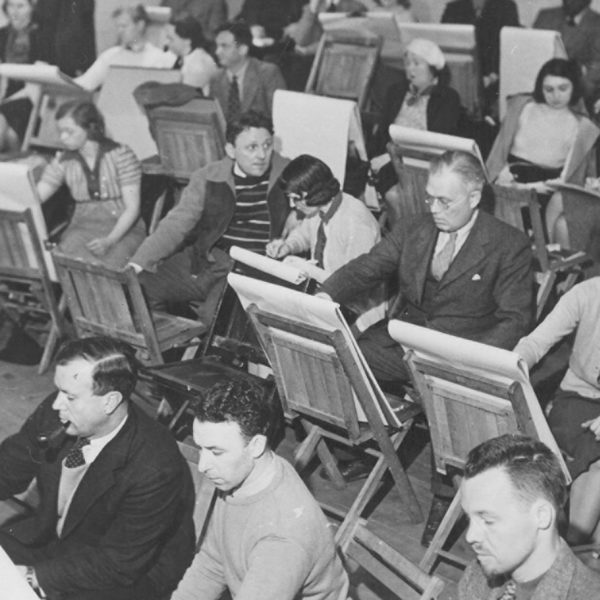 Education was an important part of Guild activities from the start. The Guild began offering a few classes in the early 20's, and in 1924 the School of Art officially opened. As more gallery space was added so were studios for printmaking, painting, crafts, dance, and an auditorium. Over the years, the school offered classes in the visual arts, dance, glass, filmmaking, and acting classes. The first school building was constructed in 1948, paving the way for expanded classes. In 1962, the Silvermine College of Art received accreditation as a two–year college. The college, acclaimed for its innovative approach to art education, was in operation for ten years.

Education goes beyond the center's campus with Art Partners, an outreach program offering free and subsidized curriculum based art classes in the neighboring Norwalk and Stamford schools. Art Partners began in 1992 at K.T. Murphy Elementary School in Stamford with 65 first grade students participating. Today the program extends to five elementary schools, two middle schools, one high school, the Norwalk Housing Authority, and other agencies. Since its beginning, thousands of students between the ages of six and eighteen have benefited from participation in the Art Partners program.

The first Art Studio Workshops began in 1994 for ages 5 to 17. The Art Studio program, which ran for one-week sessions in July and August, were an instant success and have continued and expanded. Silvermine Art Studio workshop offers children the opportunity to experience the arts, have fun creating, challenge their imaginations, and meet new friends.

The School of Art faculty are distinguished artist educators offering courses for students of all ages and levels of experience in a range of media. 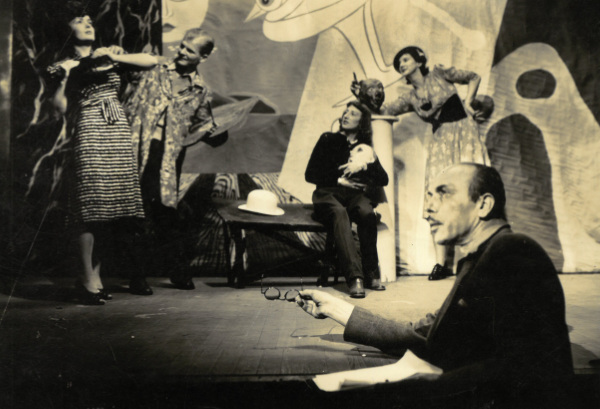 When Harold Paget, scholar and literary critic, arrived in the community, the cultural activities became even more sophisticated. Paget set about writing and directing numerous skits and playlets for the members. One of his collaborators was Alice King, who complemented Paget's wit with her lively musical renditions. On Saturday nights, the local talent put on performances incorporating poetry recitations, plays and musical programs, replete with costumes. 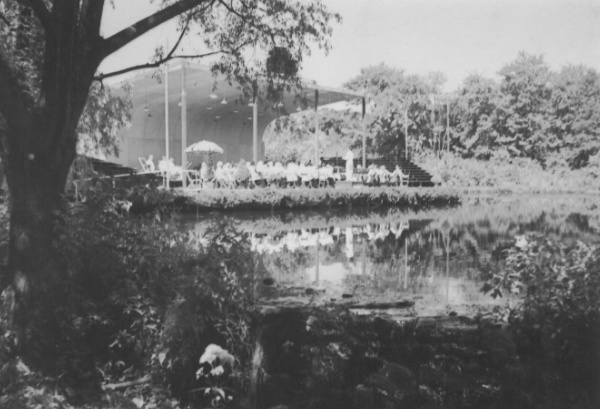 Begun in 1927, the Silvermine Sillies started a long tradition of performances at Silvermine. These hilarious, original musicals were performed outdoors each summer well into the 1940's. In 1937, the New York Philharmonic performed their first outdoor concert on a specially-built platform which extended onto the pond. The Silvermine Chamber Music Program, started in 1958, and continued on as the summer music series for 50 years. For a time, in the late 60's and 70's, the Silvermine String Quartet was our resident company, performing not only at Silvermine, but throughout New England. 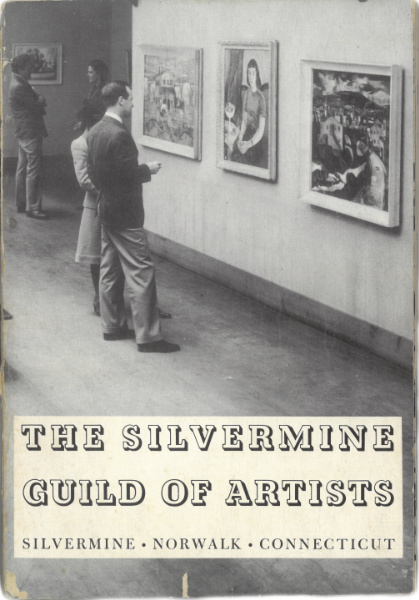 Begun in 1949, the New England Exhibition was the first juried exhibition held at Silvermine. Founded by Guild members Miriam Broudy and Revington Arthur, the exhibition showcased art from the New England region. Renamed the Art of the Northeast and expanded to include artists from New York, New Jersey, and Pennsylvania, this exhibit remains our most prestigious show. Over the years, this distinguished exhibition has presented over 6,000 works of art featuring the work of many prominent artists including Louise Nevelson, Elaine de Kooning, and Milton Avery. Throughout its history, Art of the Northeast has been a platform for both established and emerging artists, many of whom have gone on to receive national acclaim. Jurors have included major critics, curators and directors from some of the most influential contemporary art institutions including the Metropolitan Museum of Art, MOMA, The New Museum of Contemporary Art, Philadelphia Museum of Art, and the Whitney Museum.

Today, the Silvermine Arts Center presents abundant opportunities for individuals of all ages to enjoy and learn about the arts. The Guild of Artists now has over 300 members. The award-winning Galleries present over 20 exhibitions each year. The award-winning School of Art is the preeminent learning destination for visual arts in Fairfield County, Connecticut with more than 4,500 annual enrollments. Hundreds of courses and workshops in numerous disciplines are offered through the School of Art that will accommodate the busiest of schedules. A variety of programs, lectures, performances, and special events are presented in the intimate setting of our auditorium or outside on the beautiful 4½ acre campus. 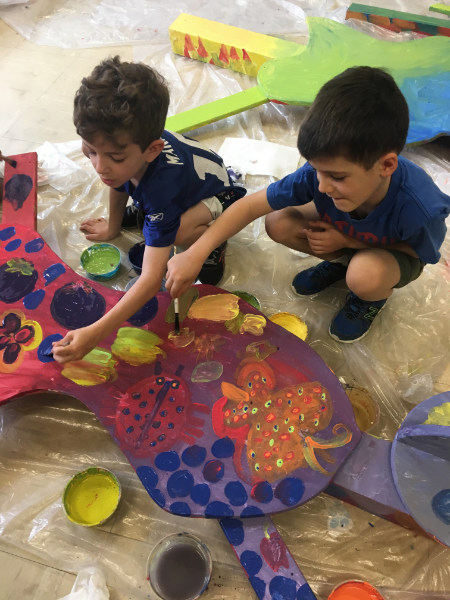 Our Community Programs reach beyond the Silvermine campus. Art Partners is an arts education program that places professional teaching artists in the classrooms of area urban schools in Norwalk and Stamford to offer hands-on curriculum based workshops with elementary through high school students during and after school. Critical thinking, team building and integrated learning using many senses are the hallmarks of Art Partners. The goal of the program is to enhance learning through the arts and to encourage self-expression.

Teaching artists lead students in hands-on workshops related to the school curriculum. Many of these workshops use both art and creative writing to facilitate learning about subjects ranging from mythology to the environment. Silvermine also provides after school workshops in Norwalk.
Art Partners began in 1992 at K.T. Murphy Elementary School in Stamford with 65 first grade students participating. Today the program extends to five elementary schools, two middle schools, one high school, the Norwalk Housing Authority, and other agencies. In this time, thousands of students between the ages of six and eighteen have benefited from participation in the Art Partners program.